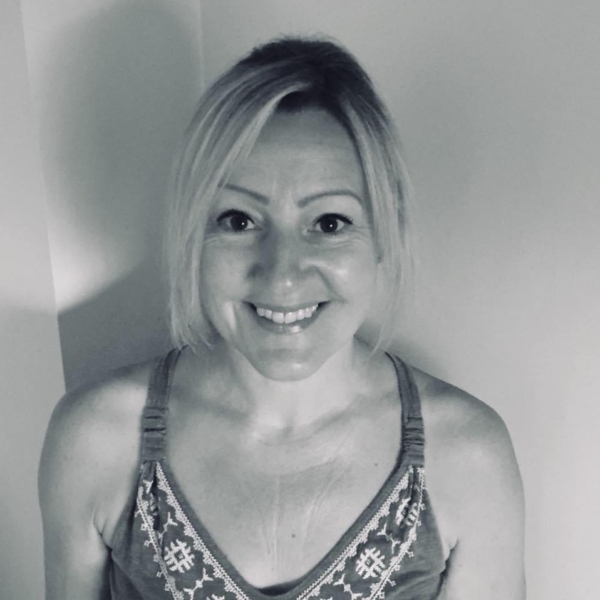 After attending the Taylor Dance Studio in London and Christine Reynolds School of Dance in Milton Keynes, at 17 Julie went on to train at the Italia Conti Academy of Arts in London in 1988. She then became a dancer for various professional troupes in Greece and the UK including “White Fire Dancers” and “Pro-Performance Dancers”. In 1990 she managed and choreographed “The Triumph Dancers” who also worked in Greece and in the UK including top hotels like the London Hilton. Some of the highlights of her career were performing in a dance show choreographed by Alif Turian – a US choreographer who worked with Michael Jackson and Paula Abdul, and being asked to dance at the Mayor’s New Year’s Day London Parade in 1997.

Throughout her performing career Julie continued to teach freestyle Tap, Street Dance/Hip-Hop to adults and Children in Buckinghamshire and Hertfordshire and now works as a Freelance Choreographer and Instructor in Street Dance in South Milton Keynes where she lives. She founded InFusion Dance in 2001 in Hertford delivering classes and then formed the dance troupe (made up of dancers who attended class) called “Street InFusion” – Julie choreographed, managed and performed with “Street InFusion” from 2001-2006 - Street InFusion performed at many venues including St Albans Arena, Knebworth House, Befordshire Corn Exchange, Chicago Rock Café and The Pulse Nightclub. They worked with companies like “Enuffsaid", Steve L Lewis and more recently with 23rd Precinct and Reel to Real Productions. Street InFusion were also the backing dancers for up and coming performer “Justin Timberfake” and were support dancers for many other pop cover acts.

In 2004 Julie and her husband Sean had their first baby - Mason and then in 2010 another boy, Kilian. She has since been combining motherhood with freelance teaching.

In 2006 Julie successfully obtained the LOCN certification for Modern Dance Theatre (choreography, Ballet, Dance teaching skills and Hip-Hop) and trained for this at The Basement Studio in London.
Julie also taught Street Dance for Arts1 for three years up until 2018 and choreographed routines for the adult and junior groups in 2 school productions.

Julie is currently working as an Exams Officer for a Milton Keynes Secondary school.

One of Julie’s goals is to encourage people of all ages and abilities to participate in Dance and enjoy the freedom to express themselves in a totally individual way without restriction. Julie hopes her many years experience will provide just the right friendly and motivated environment to do this.