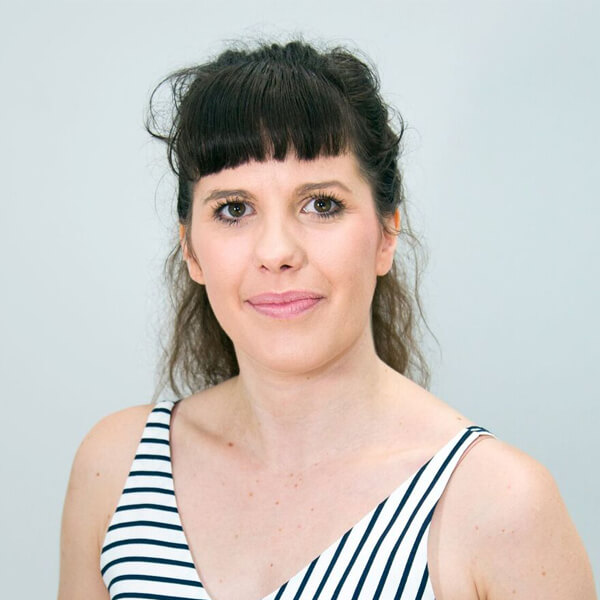 Effie began her professional dance training at Stella Mann College where she received an award for ‘Student of the Year’ in her first year and later became Head of Year. Following this, she then went on to undertake a Postgraduate Diploma at the Northern School of Contemporary Dance.

On graduating, Effie’s first professional performance experience was with Shobana Jeyasingh Dance Company in Counterpoint (a site-specific piece in the fountains of Somerset House) which was later filmed for Sky3D.

Her experience of site specific works has continued with work as a core team member for large scale participatory projects. As part of the Cultural Olympiad in 2012, Effie took on the role of local dance champion for Games Time in Northampton – a large scale outdoor performance event under the direction of Lea Anderson and Gary Clarke. For Milton Keynes International Festival 2014, Effie worked with Rosemary Lee on Under the Vaulted Sky – producing a promenade performance in the Cathedral of Trees in Newlands.

In 2015, Effie worked on site at Bede House and Chichele College in Higham Ferrers with Two Thirds Sky. The resulting performance, Eventide, was created under the direction of Lisa Spackman.

Effie has also frequently worked with Helen Parlor – as a mentee, performer and collaborator. She first performed with Parlor Dance for Step Forward in collaboration with the Movement Science Group at Oxford Brookes University. In early 2014, Effie participated in the research and development phase of Parlor Dance’s Home from Home. Following this, from summer 2014 onwards, Effie has acted as a co-assistant director for MÓTUS (a dynamic dance festival for Milton Keynes) alongside Chris Bradley and under the directorial lead of Helen Parlor.

More recently, Effie has worked with nocturn dance and Stopgap Dance Company. She worked with nocturn in the development of …And They Have Escaped, which involved creating a series of dance films that were incorporated into an exhibition at West Berkshire Museum. For Stopgap, Effie was a dance captain and core team performer for the Seeds of Diversity – the Heritage Flame Lighting Ceremony for the Paralympics which was held at Stoke Mandeville Stadium and broadcast live on Channel 4.

Alongside these projects, Effie toured with Ffin Dance for five seasons in Connections 2012, Inspired 2013, Still Standing 2014, The Power of 3 2015 and Ten 2016 – performing pieces by artistic director Sue Lewis and associate choreographer Gary Lambert. Her time with the company saw Effie performing at the Edinburgh Fringe, Tanz@Namedy, DanceLive Aberdeen and MÓTUS Milton Keynes.

In addition to her performance and leadership roles, Effie works as an animateur for Rambert – teaching and working creatively with company repertoire on workshops/projects across the country.