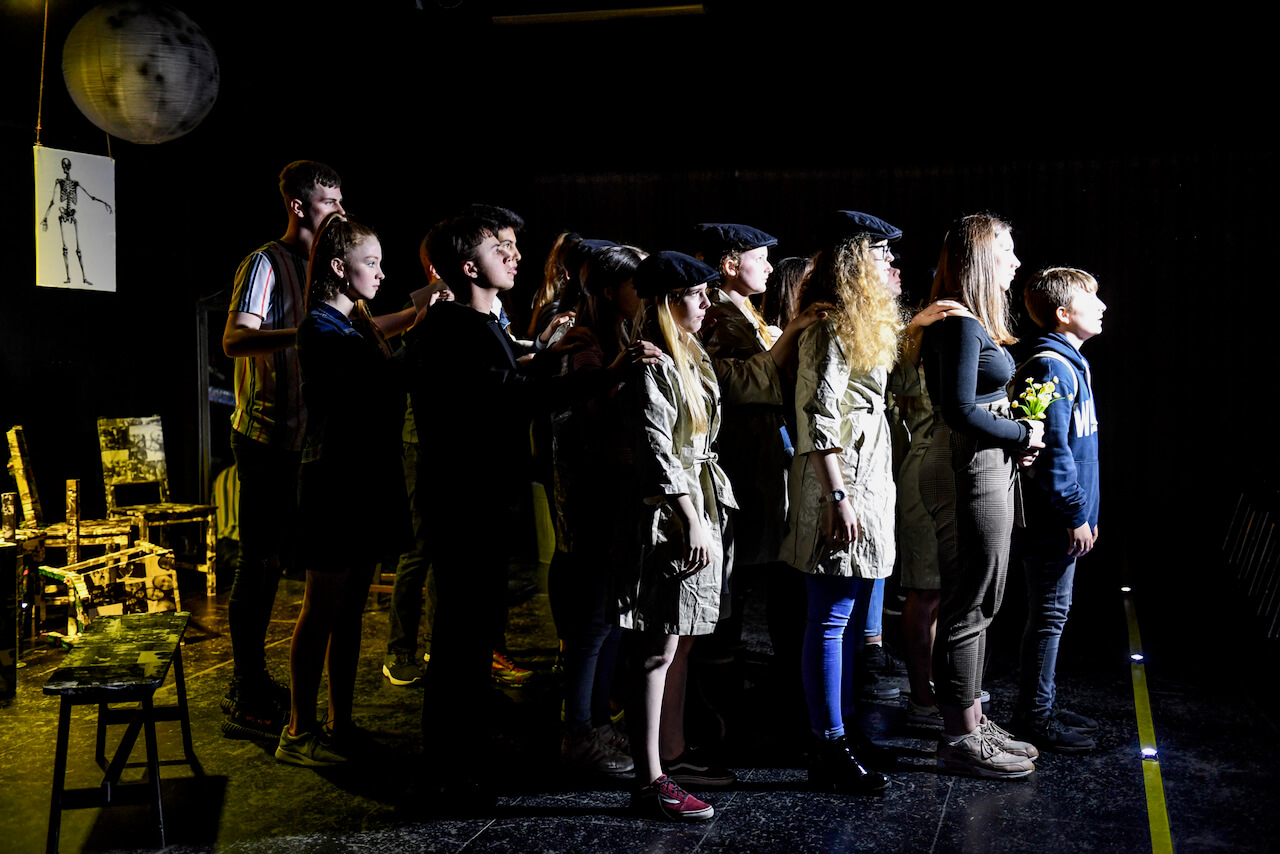 CHAOS by Laura Lomas Chaos is a symphony of dislocated and interconnected scenes. A series of characters search for meaning in a complicated and unstable world. Bouncing through physics, the cosmos, love and violence, they find order in the disorder of each other. With a cast of nineteen, these extraordinary students range from 13-18, I was utterly astonished at the level of emotional intelligence displayed in their acting.

A powerful and moving piece which is as relevant today, as it was when I was a teen. I can’t mention every performer individually, however gave standout performances:- A 14 year old William Daw opened the show, with perfect diction and a face that would make angels weep, this boy has something special and he’d make a perfect Oliver! Danielle Casey, tumbling blonde curls, displays a phenomenal maturity in her acting at the tender age of just 14. She acts with style and substance. A 13 year old Daryl Mills’ performance moved me to tears as the young black teen being bullied on the bus and who dares to stand up to his perpetrator with devastating consequences. Both Adam Cam and Jack Nutall – wrestling with their sexuality, Jack, offering flowers and clearly more accepting of his feelings, and Adam, still in denial but clearly having feelings for Jack. On a personal note, I could relate to Ellis Restall’s portrayal of the “Girl with depression”, stuck in in her room and trying to cope with her Mum’s decision to choose, what was a clearly unsuitable boyfriend, over her. Therefore she misses out on life, feels rejected and her pain was evident. The angst of witnessing the two sisters waiting for a boy who they both know will not turn up. The younger sister showing wisdom beyond her years and the elder sister, in denial. Casey Smith is the alpha female with her devout girl followers, vulnerable underneath but angry that the boy she is keen on is with someone else and when her devotees “agree” with her when she wishes said boy, happiness, flies into a rage. Natascha Norton – chains herself to a bench, clearly angry at the world, protesting against everything, violence, war, tidal surges, politics and what she sees as the futility of it all. Her frustration very evident but also realising, deep down, that protesting, won’t achieve her goals.

Some stunning movement from Megan Kemp and Madison Crawford. There’s no linear structure to this piece but each actor found their character, identified with it and ran with it and the audience had to go with the lack of structure and raised a few laughs. It also doesn’t need to make sense as its chaos! I would say to the actors, as did the NT Director, Jemma, “be brave and commit”. There were a few occasions when I sensed the actors held back for each other and they need to not be fearful as the nature of the piece would allow improvisation and the audience will be none the wiser. You know a piece has had an impact on you, when, two days later, you’re still reflecting.

The piece was performed in a small space but at no point did it feel confined and it will be interesting to see how it will be performed on a stage, as each movement and action will need to be exaggerated and made bigger and bolder but Lomas has managed to encapsulate everything that teens have to endure today. Lomas says her reasons for writing this play were ‘I’m interested in chaos. I think most of the time we try to impose order on our lives – we’re scared of the mess of being alive; we want to contain it, to put our hands around it. I wanted to write something that embraced chaos that celebrated it, in all its strange unpredictable energy, in all its trouble, and its beauty. I didn’t want it to always make sense, but I did want it to feel very alive – all the ways I remember feeling as a teenager.’

The piece is directed by Arts1 Teacher, Gemma Kendall, whose credentials make her the perfect person to direct, a graduate of Birmingham School of Acting, her passion is evident in her work. I loved the show’s design, beautifully created by Ross Jardine, whose recent work includes Dreamgirls and the pantomime at the Palladium with Dawn French. 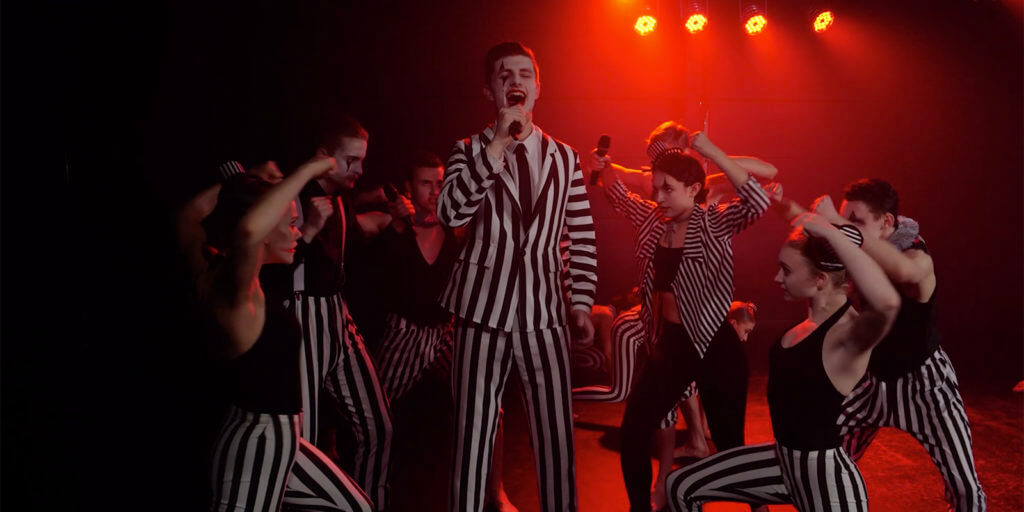 Created by Leanne Hughes and James Grimsey, this dark, theatrical concept was created by Arts... 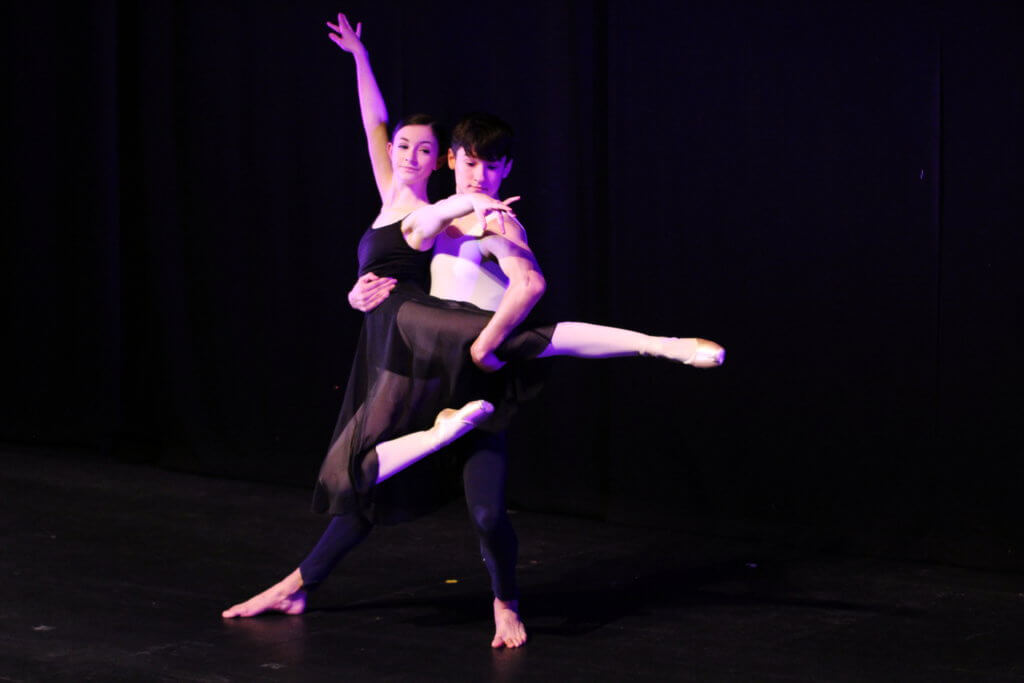 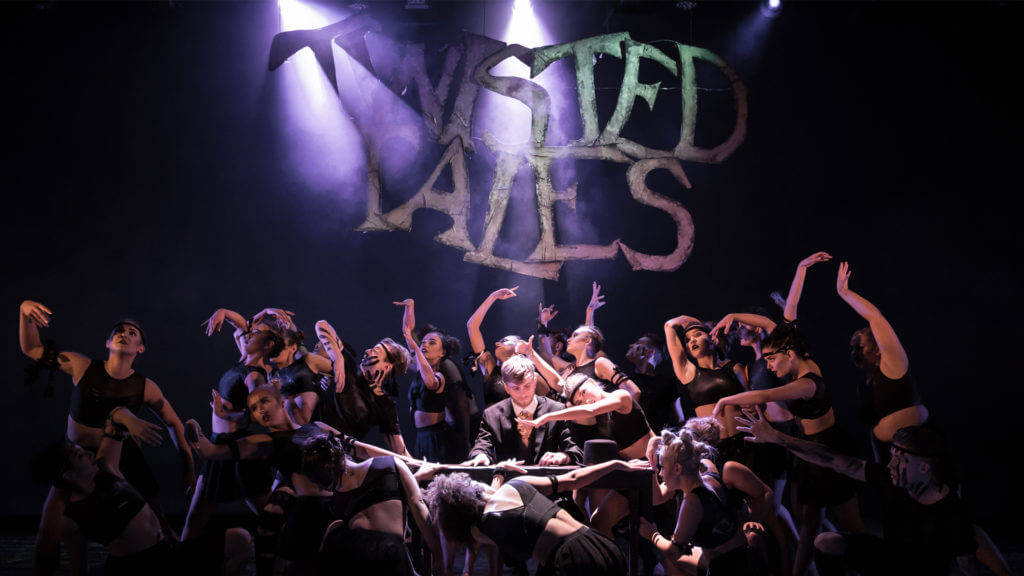