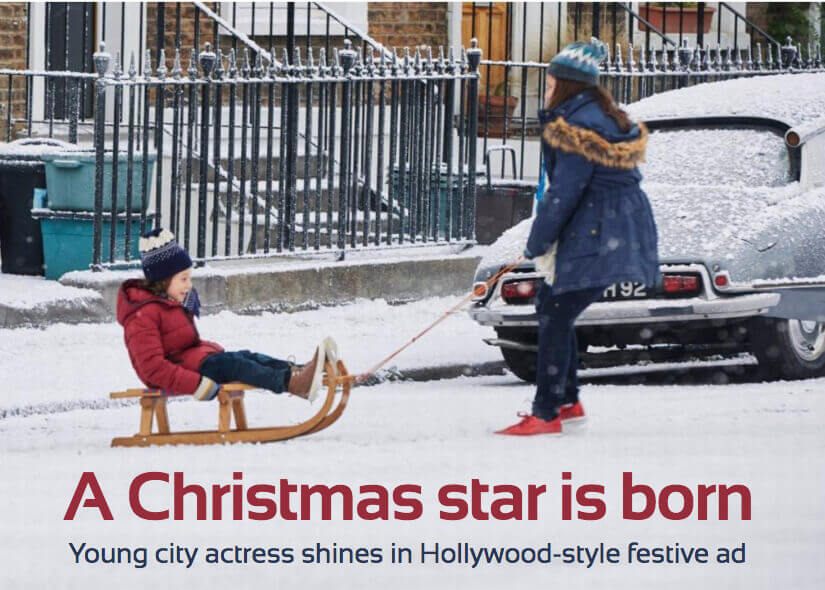 It isn’t often that life imitates art. But when it happens, the results can be magical.  Milton Keynes actress Ellis Restall thought all her Christmas wishes had come true when she landed her first TV role in the highly-acclaimed Marks & Spencer festive TV advert. But mum, Rebecca, has one final Christmas miracle in store for the 12-year-old Arts1 theatre school pupil – by buying her the glittery shoes her character unwraps in the advert!

“It was Ellis’s first major role and it was such an intense filming weekend that it was about 10.30pm on the Sunday night by the time we left. “In the advert Ellis receives some stunning shoes from her brother for Christmas and she absolutely adored them. “But we left so late that I forgot to ask if we could have them. So I’ve actually ordered her the same shoes from the advert for Christmas! “They are from Marks & Spencer and they are going to be a popular item this Christmas. She doesn’t know she’s getting them.” Now, being the ethical, dilligent journalists at Celebrate:MK that we are, we didn’t want to be the Christmas Scrooges who spoil the surprise for the youngster, so we asked Rebecca if we could print the story. “Of course,” she replied. “Ellis has already said to me, ‘Mum, I’d really like to get those shoes on Christmas day, wrapped exactly how they are in the advert. And she knows what I’m like!” 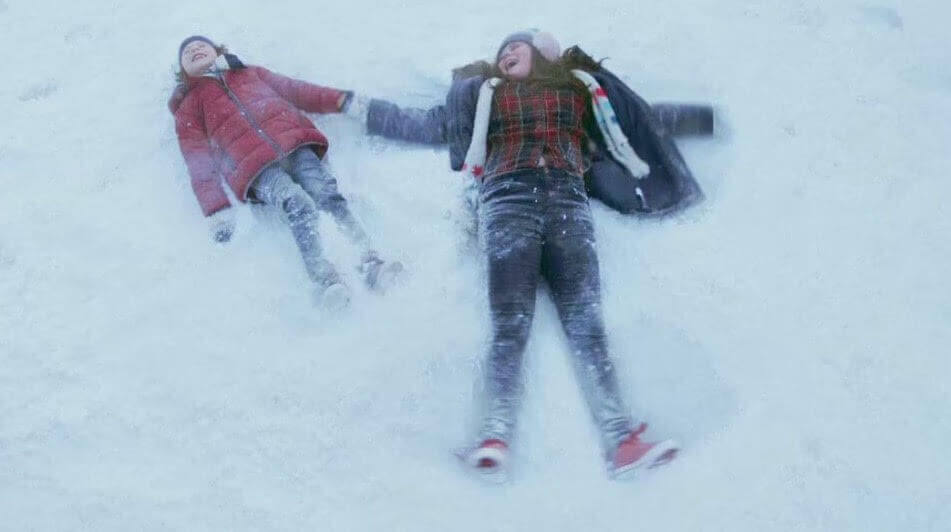 The heart-warming three-minute advert has been hailed by critics as the best Christmas TV advert of 2016 – eclipsing the latest offering from the kings of the festive advert, John Lewis. But it should come as no surprise as Ellis stars alongside Oscar-nominated actress Janet McTeer in the advert directed by Hollywood’s Tom Hooper, who has three Oscars to his name. The Marks and Spencer advert had already been viewed more than 7 million times on YouTube when Celebrate:MK went to print – shooting the Oakgrove School pupil to stardom across the country. And her older brother Joseph, 14, has taken on bodyguard duties to look after his little sister!

“She has had such a fantastic response on social media that we were worried about her going to school, so her older brother shadowed her on Monday. “He followed her to school, home from school and made sure she was alright at lunchtime too, because he was worried people might be nasty to her. But everyone has been so supportive.” 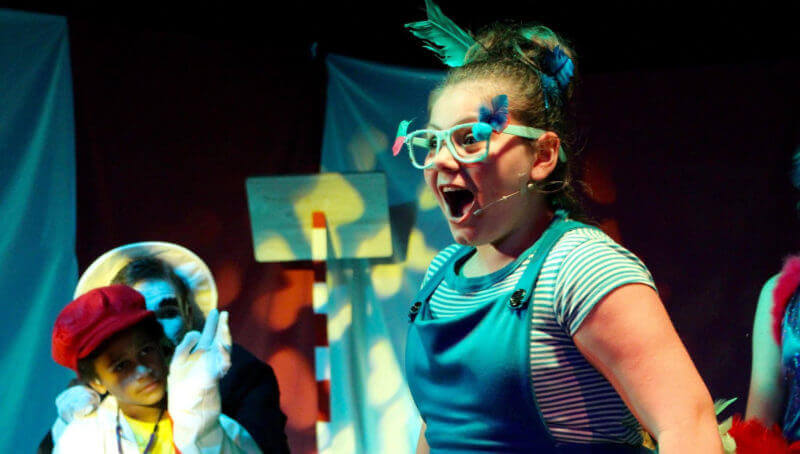 Training as a young performer

Ellis learnt her trade as an actress at the Arts1 independent theatre school in Linford Wood East, which she attends with her nine-year-old brother, Oliver, who also came close to landing a role in the advert at the casting stage.

“Ellis has been attending Arts1 for eight years and she’s such a little gem. She’s a great kid, she works hard, she’s full of energy and she’s really positive with the other children. “I’m her agent as well so I put her forward for the role and they snapped her up. “She deserves it as she comes to us every day after school – she does about nine classes a week. We’re all incredibly proud of her.”

Thank you to the wonderful team at

Arts1 provides an inspirational of classes and workshops for young people and adults. If you would like to find out more about what we do as a school take a look at our classes online.  Arts1 Management is an agency exclusively representing young people in TV, Film, Commercials and Theatre – find out more.

Arts1 Student hits the West-End in School of Rock

An Arts1 student is living the dream after successfully auditioning for the West End hit...